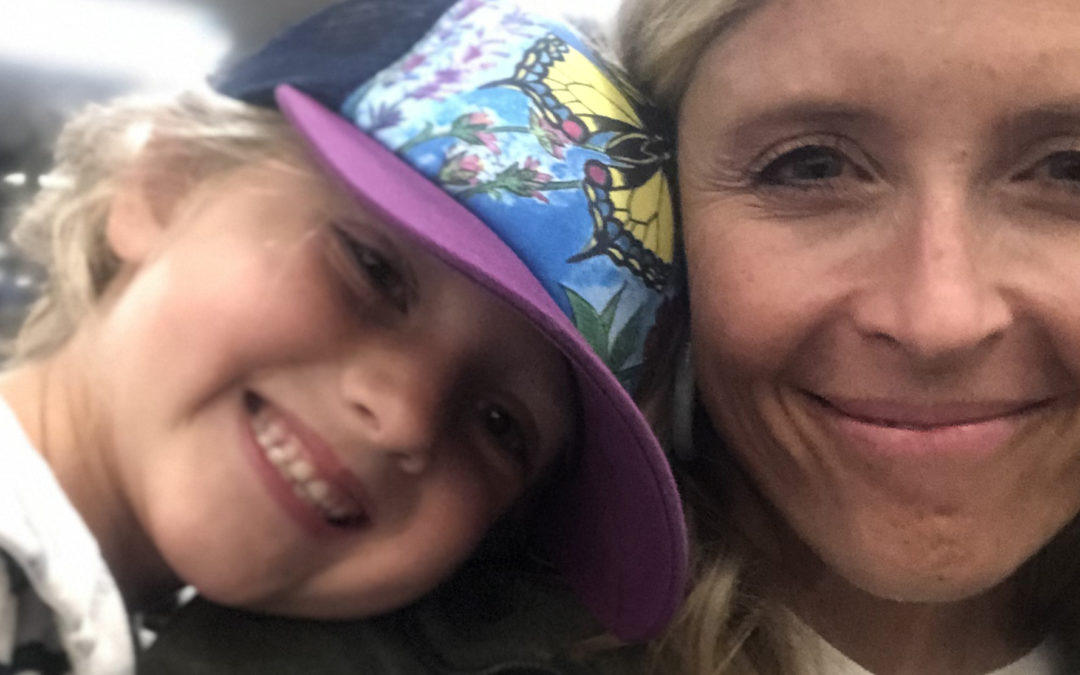 Samantha took dance class this year, and when no one was peeking through the window, she would dance. During the Christmas show, as parents sat in chairs around the side of the room, she ran to my lap and hid her face, snuggling into my arms. This spring she returned her costume to her teacher and chose not to dance in the recital. When a little girl returns a sequined outfit with matching gloves and the opportunity to wear makeup…something is up. In fear that someone might notice her, she held herself back, and she missed the fun.

Samantha met a little girl a few weeks later who was finishing kindergarten. She had a cool watch and could do cartwheels. She flipped her hair and made exaggerated expressions when she told stories, and I could see it in Samantha’s big green eyes…she saw unrestrained joy and possibility. As a band played at a party later that night, her friend did her amazing cartwheels, and Samantha brought out a chair and did donkey kicks. They were as incredible as they sound, and she did a lot of them…like a hundred.

This week I noticed it again as Sam tried gymnastics: she skipped around the gym and fell on her head so many times I thought she was going to leave with a concussion trying to learn to cartwheel, but she came prancing out experiencing pure joy. I was watching, as were fifty other parents.

What was the difference between the dance class, the donkey kick dance floor, and the gymnasium?

I think it was the mirrors.

At the party and in gymnastics, she was feeling uniquely herself, but the mirrors in the dance class said, “This is me…this is what you see…is it enough?”

It makes me think about the summer ahead. We have to turn the mirrors around this summer. Let’s dance in the rain with our kids, swim under the water and look at their big eyes through their goggles, learn the crazy handshakes, and live free of our own judgment…donkey kicks on the dance floor.

What Samantha saw in that little girl’s eyes over the weekend gave her a glimpse of living not held back by herself. The reality is that in our insecurity, we may be restraining the joy that we get to experience.

Do you know what’s pretty? Happy is pretty. Joyful is pretty. Present is pretty. Envision the mom you want to be this summer and be her, mirrors turned around. Joy and possibility lay ahead, free of self-judgement. It’s a mindset. Grab it and live free.

Love Lives Here: Finding What You Need in a World Telling You What You Want
Kids and Chores… Why Put in the Effort?